Boxing Books That Belong In

This time of the year it is common to see lists of book recommendations for summer reading. Often these lists are titled along the line of “Books To Bring To The Beach”.

That has always made me chuckle as I love going to the beach but not to read. Sitting in the sun with the beautiful ocean in front of me is not conducive to sparking a desire to read. I prefer doing my reading at home where it is quiet and the distractions are few.

The one good thing about these lists is it gives people like me an excuse to recommend favorite books. In this case the books will be some of my favorite boxing reads. It will be a brief list and is just a small sampling of titles that I think you will enjoy. I could have a much longer selection, but I decided to pick the few that I believe are absolute musts for any serious boxing enthusiast to have in his library. 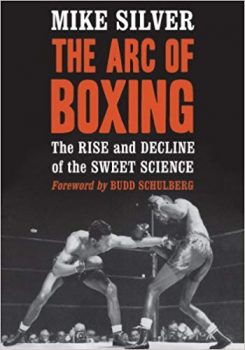 My first choice is Mike Silver’s “The Arc of Boxing: The Rise and Decline of the Sweet Science”. When I first read it in 2010 I was so impressed I put it at the top of my list for must read boxing books. Mike looks at boxing with the eye of an art critic. He knows the game and he understands the art. His arguments, which I find indisputable, about how and why boxing has become a lost art are measured, well thought out, and solid. If you want to know what has happened to boxing over the years, and why today’s boxing no longer even resembles what it was in its golden years, you will find the answers here. For instance, he points out the differences between a great scientific boxer and a boxer who may appear to have great skills but is relying on his physical talents instead of boxing IQ. 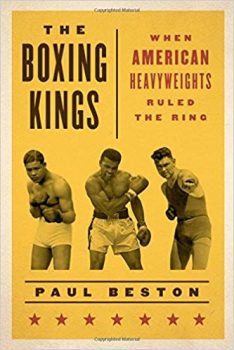 Next is Paul Beston’s The Boxing Kings: When American Heavyweights Ruled The Ring. Paul has written an overview of the heavyweight division that covers all the important events and champions over 100 years. While I have referred to it as an overview, don’t think this is just a list of champions and their fights.

Paul Beston is an extraordinarily talented writer and his history brings the legends and the times they lived in to life. His treatment of John L. Sullivan shows just what an important figure the Strong Boy was in making boxing a mainstream sport and the Heavyweight Champ a mythic figure.

His chapter on Joe Louis actually brought tears to my eyes as Paul gives the very great champion the recognition he deserves not only for his talent as a fighter, but also for the incredible strides he made in race relations in this country. My sadness came from the realization this great man has been all but forgotten today. Joe Louis transcended boxing and he should never be forgotten.

Dempsey, Johnson, Tunney, Baer, Marciano and the others are included. After reading this wonderful book you will really appreciate just how unique each of these men were. 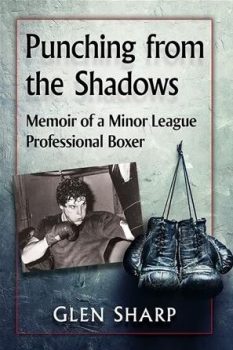 Glen Sharp wanted to be a boxer and spent time in the boxing gyms in his native California. After a brief amateur career he turned pro and had three fights, losing two of them. I can understand if this doesn’t sound like the makings of a great boxing memoir to you, but it would be a big mistake not to read his book Punching From The Shadows: Memoir of a Minor League Professional Boxer.

The best way to describe Glen’s well written account of his time is the ring is to call it honest. His descriptions of the gyms around Stockton, California during the early 1980s and his time spent as a sparring partner for light heavyweight contender Yaqui Lopez is the stuff of novels.

The honesty in the book comes from Glen’s openness in telling about the emotional struggle every boxer goes through but few will admit. There was never a young man that laced on a pair of gloves who didn’t somewhere in his head believe he would one day become a world champion. It is in facing the fact that you can never succeed at something you love and desire so much that makes boxing such a cruel yet valuable parent.

I am not one to toss around the word classic, but I am also not alone in calling Punching From The Shadows one. This  is an important boxing book as well as an important book about dealing with life.

I will finish by recommending a work of fiction that turned fifty years old this year. Leonard Gardner’s Fat City is one of the great boxing novels of all time. The story about washed up pro Billy Tully and novice Ernie Munger is set in Stockton, California, which makes it a great book to read in conjunction with Glen Sharp’s memoir. 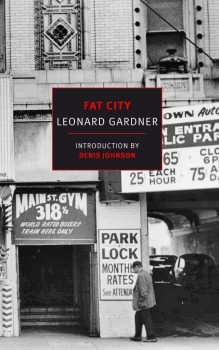 It is a dark story but the work is more poetry than prose. In less than 200 pages Leonard Gardner paints a picture in words that will remain vivid in your mind. I read it for the second time a couple of years ago when I was fortunate enough to spend some time with Leonard. He is a fascinating man who knows his boxing. He also knows human nature and is one incredible writer. If you haven’t yet read this masterpiece, you are missing out one of the best works of fiction written by an American author. It was also made into a terrific movie directed by John Huston with the screenplay also written by Leonard Gardner.

There you have four books that I can unreservedly recommend. I’ll call them beach reading, but it’s okay if you sit in a chair at home and enjoy them. There are less distractions there.