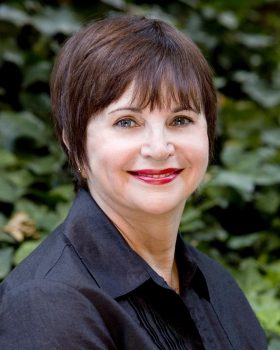 The Ogunquit Playhouse is thrilled to announce that Cindy Williams will join the cast of the hilarious musical comedy, Menopause The Musical, as the host. Ms. Williams is best known for her role as Shirley Feeney alongside Penny Marshall (Laverne) in the hit television show Laverne and Shirley. This joyful musical parody is on stage from September 4 through September 14.

A raucous celebration of womanhood inspired by a hot flash and a bottle of wine, Menopause the Musical applauds women who are on the brink of, in the middle of, or have survived The Change. Grab your best gal-pal or your best guy for this hilarious and joyful parody of 25 re-lyricized classic hits from the ‘60s, ‘70s, and ‘80s. The show features chart-toppers including “I Heard it Through the Grapevine that You No Longer See 39,” and the disco favorite “Stayin’ Awake, Stayin’ Awake!”

For tickets visit www.ogunquitplayhouse.org or call the Ogunquit Playhouse Box Office at 207-646-5511.