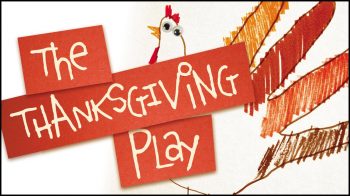 The First Boston Production Of A Play

By An Indigenous American Female Playwright

Thanksgiving, that most American of holidays: when families gather to celebrate the warmth of home, the bounty of the harvest – and a legacy of genocide and violent colonial expansion!

Good intentions collide with absurd assumptions in this wickedly funny satire, as a troupe of terminally “woke” teaching artists scrambles to create a pageant that somehow manages to celebrate both Turkey Day and Native American Heritage Month.