Walk In The Footsteps Of Legends

If you have enjoyed sitting in the audience at the Ogunquit Playhouse marveling at all the happens on stage, don’t miss out on the chance tossup behind the scenes. The Playhouse has announced this seasons schedule for backstage tours. 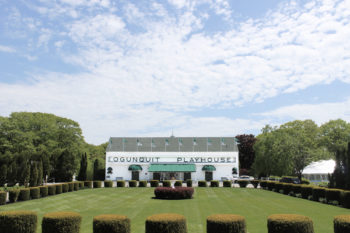 I have taken the tour and it is something you will not forget. Walking in the footsteps of such legends as Bette Davis, Douglas Fairbanks Jr., Walter Matthau, and Steve McQueen I could feel the presence of these and so many other greats who have performed on the stage in Ogunquit over the past 86 years.

The guided tour will give you a chance to learn the history of the Ogunquit Playhouse which includes how it survived through the Great Depression and went on to become America’s foremost summer theatre. You will be up close to where it all happens from wig design to sets and costumes, and get to visit the dressing rooms where the stars prepare before stepping onto the stage. You’ll be surprised by some of the things you’ll see.

I highly recommend doing this. It is a chance to step into theatre history.