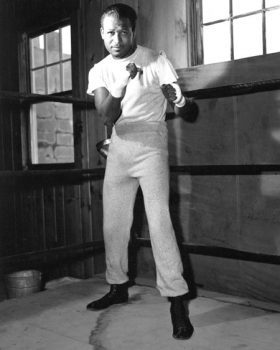 By any measurement, Sugar Ray Robinson had a remarkable career. The man who has been called the greatest fighter pound for pound who ever laced on a pair of gloves had a total of 201 professional fights. Out of that number he lost only 19 times with 6 draws and 1 bout being ruled a no contest. As amazing as that record is, it is even more astounding when you consider that 12 of those 19 losses came after he lost the title to Paul Pender. Now, add in the fact that 5 of those defeats came in 1965, the last year of his career when the great champion was 45 years old.

In 1965 alone Robinson fought 12 times. He finished his career being very active, fighting twice a month on five occasions in just that one year. That’s amazing for a man of his age at the time. In that last year he also won more fights than he lost, posting 8 victories.

After losing the title by a split decision to Pender in January of 1960, Robinson fought Paul again six months later, losing another split decision. Six months after that he would challenge Gene Fullmer for a version of the Middleweight Title in a bout that resulted in a draw. Just three months after that he would lose a decision to Fullmer. Remember, Robinson was doing all of this while he was forty years old.

In the 48 fights Robinson had after losing the crown to Pender five were against current, former, or future world champions. Out of those five he lost four decisions and had one draw.

Today, it is not uncommon to hear the “experts” demean Robinson’s incredible talent. In an age where quantity trumps the quality of opposition, these “experts” love to play the numbers game. They will say things like “How great could Robinson have been? He lost 19 times.” What garbage.

The number of wins a boxer has is less important than the quality of his opposition. But, in Robinson’s case, his record boasts both items. Robinson won his first 40 fights before losing a decision to Jake LaMotta. He had defeated Jake the previous year. After that loss he went on to have  90 straight fights without a loss, including 3 more wins over LaMotta. His final victory against Jake included winning the Middleweight Crown. He also won the Welterweight Title by defeating Tommy Bell.

Robinson, who began his career in 1940, would not taste defeat again until he lost the title to Randy Turpin in 1951. At that point in his career Robinson had a record of 129 wins against 1 loss and 2 draws. He regained the title from Turpin two months later. There’s the quantity. As far as quality goes? Just look at his record. Ray was fighting in an era that was dominated by great fighters, and he was competing in the division that had the largest number of them. What he accomplished was nothing short of phenomenal.

Getting back to Sugar Ray’s post champion years, he never became an “opponent”. Up until his final fight he was campaigning for another shot at the title. In his last fight he took on leading contender Joey Archer. Joey won a ten round decision over Ray and just two fights later lost a split decision to Emile Griffith in a title fight. Even to the end and at the age of 45, Sugar Ray Robinson was in the mix of title contenders.

If Robinson had retired after losing the crown to Pender, his record would stand at 143 wins, 7 losses, and 2 draws. He was only stopped once, and that was in his challenge to win the Light Heavyweight Championship from Joey Maxim. In that fight Ray collapsed from the heat and dehydration.

It is a sad commentary that a great fighter like Sugar Ray Robinson should have his reputation questioned today, but that is the age we live in. Robinson’s achievements will never be matched. The Sugar Ray of 1965 would would have been able to handle today’s top middleweights. The younger Ray would have destroyed them.

The next time you hear a “boxing expert” questioning Robinson’s abilities, just smile and walk away. That person wouldn’t know a left jab from a right cross.