The legendary Ogunquit Playhouse is thrilled to announce an exciting lineup of shows for its 88th season that includes the Northeast regional premiere of the hilarious dark comedy The War of the Roses, a new play based on the novel by Warren Adler and helmed by Tony Award-winner Jason Alexander, and the world premiere of the funny and heartwarming musical adaptation of Mr. Holland’s Opus, helmed by Tony Award-winner BD Wong. The season opens with the high-energy musical sensation Dirty Dancing –The Classic Story on Stage based on the smash-hit film, then continues with a stunning revival of the Tony Award-winning, all-Gershwin, tap dancing extravaganza Crazy for You, and the exhilarating Broadway hit musical based on the lives of Grammy Award-winning husband-and-wife team Gloria and Emilio Estefan, On Your Feet!. The season will stretch to the holidays once again with the return of the hit show White Christmas in collaboration with The Music Hall in Portsmouth, New Hampshire.

“We are honored and thrilled to be collaborating with an incredible team of industry leaders on a number of premieres as part of our 88th season in 2020,” stated Bradford Kenney, Ogunquit Playhouse Executive Artistic Director. “It’s been a great honor to be able to collaborate with Eleanor Bergstein to bring to the stage her iconic film Dirty Dancing. We have been working closely with Tony-winner BD Wong and Tony-nominee Wayne Barker over the last several years on the development of the new musical adaptation of Mr. Holland’s Opus, and we are thrilled to produce its world premiere for Playhouse audiences this year. We have also been working alongside Tony-winner Jason Alexander and the Broadway team on the development of the hilarious new play The War of the Roses, which makes one of its premieres on our stage in late summer. The cultivation of new works is now part of our mission as we produce world-class performances, tell the most compelling stories, and challenge and inspire our audiences in new ways. We are honored that these wonderful new shows will be seen alongside the entire season this year at Ogunquit Playhouse.” 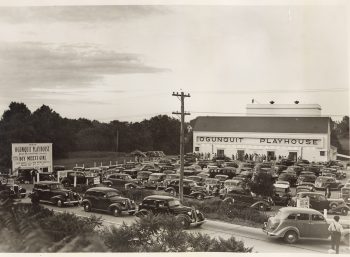 Five-show season ticket subscriptions are on sale now and the only way to guarantee the best seats for the best price to these exciting shows! Three and four-show subscriptions are on sale beginning Tuesday, February 18. Prices start at only $250 for a five-show subscription and $150 for a three-show subscription. Individual tickets are on sale exclusively for Ogunquit Playhouse Members starting March 11. Individual public ticket sales begin Wednesday, March 18 with prices starting at $53. Gift certificates are also on sale online and through the Box Office. To learn more about becoming a Member, season subscriber, or to purchase tickets and gift certificates, visit www.ogunquitplayhouse.org or call the Box Office at 207-646-5511.