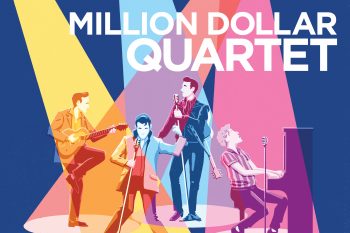 Shares Robbins, “I first heard about Million Dollar Quartet from my parents. They enjoyed it so much, that they saw it twice – in New York and on tour. It turns out that in one of the productions, my parents saw our Music Director and Jerry Lee Lewis, James Scheider, who was their favorite part of the show.” She continues, “Million Dollar Quartet is an evening of song, joy, and story – three things that I love.”