Hilarious and Heartwarming, Kinky Boots to Open at Ogunquit Playhouse 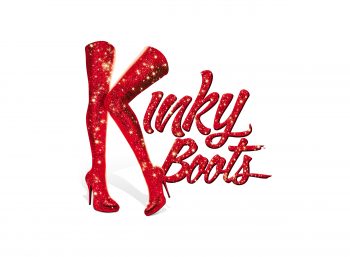 The hit musical is based on the 2005 Miramax film written by Geoff Dean and Tim Firth, and tells the heartwarming story of Charlie Price who has reluctantly inherited his father’s shoe factory, which is on the verge of bankruptcy. Trying to live up to his father’s legacy and save his family business, Charlie finds inspiration in the form of a fabulous entertainer in need of some sturdy stilettos, Lola. As it turns out, Lola is the one person who can help Charlie become the man that he is meant to be. As they work to turn the factory around, this unlikely pair find that they have more in common than they ever dreamed possible… and discover that, when you change your mind about someone, you can change your whole world. This joyous show is sure to have audiences dancing in the aisle and discovering, sometimes, the best way to fit in… is to stand out!

Leading the cast as Charlie Price is Graham Scott Fleming. He portrayed Charlie at the Muny in St. Louis earlier this year, and was nominated for a Dora Award for Best Male Actor in a Musical for his portrayal of Charlie Price in the Canadian production of Kinky Boots. On Broadway he performed in Miss Saigon, and at Papermill Playhouse in My Very Own British Invasion. In addition to Kinky Boots, Mr. Fleming starred in the Canadian premieres of Ghost and Jukebox Hero.

Kyle Taylor Parker returns to the Ogunquit Playhouse as the fabulous diva, Lola. Last season he performed in the Ogunquit production of Smokey Joe’s Cafe that transferred to New York City, and he continued to perform in the production through its Off-Broadway run. Mr. Parker was in the original Broadway cast, as well as the National Tour of Kinky Boots for which he won an IRNE Award for Best Visiting Actor for his performance. In addition, he performed in Charlie and the Chocolate Factory on Broadway and the National Tour of In the Heights. He was recently featured in NBC’s smash hit Jesus Christ Superstar Live in Concert. At regional theatres he has performed in Dreamgirls, Hair, and the world premiere of My Very Own British Invasion.

The Ogunquit Playhouse production of Kinky Boots features Joe Coots as Don, Maggie McDowell as Lauren, Ashley North as Nicola, and John Scherer as George. Joe Coots performed in the Ogunquit Playhouse productions of The Full Monty, Crazy for You, and South Pacific. His most recent theater credits include the world premiere of Human Error and the First National Tour of Kinky Boots. Maggie McDowell returns to Ogunquit Playhouse after performing as Marty in 2014’s Grease. She has performed in Kinky Boots on Broadway, in the First National Tour, and at The Muny earlier this year. On Broadway she performed in Disaster!, and Off Broadway in The Marvelous Wonderettes, and Pinklacious. Ashley North joins the cast after recently performing in the National Tour of Kinky Boots. Her many regional theatre credits include Joseph and the Amazing Technicolor Dreamcoat, Hair, and Les Miserables. John Scherer returns to the Ogunquit Playhouse stage where he last appeared in 2001’s 42nd Street as Billy Lawlor. On Broadway he has performed in Lovemusik, By Jeeves, and Sunset Boulevard. His Off-Broadway shows include Olympus On My Mind, Dames At Sea, and Preppies.

Tickets are on sale now. Preview performances start at $36 and economy seats start at $51 each. To learn more about becoming a Playhouse member, or to purchase tickets and gift cards, visit www.ogunquitplayhouse.org or call the Ogunquit Playhouse Box Office at 207-646-5511