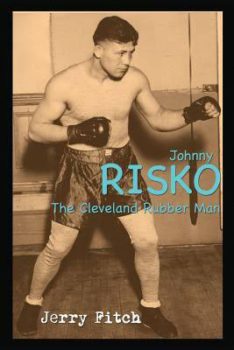 The 1920s and 1930s were truly boxing’s Golden Age. Just the shear number of participants in the sport guaranteed it. Boxing historian Mike Silver points out in his book, The Arc of Boxing, there were between 8,000 and 10,000 fighters licensed during this period. In 1927 New York and California alone had 2,000 licensed boxers each. That is way above the total number of fighters participating today, and these fighters were much more active. Because there were so many fighters there were also a huge number of fight venues. During these years, and even during the Great Depression, a boxer could make a decent living fighting every couple of weeks. Add to this the fact that there were gyms everywhere that were filled with excellent trainers. Where a boxer never lacked for sparring, and you can see why fighters from this period were so good.

While places like New York were certainly Meccas for boxing, the rest of the country did not lack in fight clubs. In these pre television days boxing was one of the most popular forms of entertainment. Cleveland, Ohio had a very vibrant fight scene, and  boxing historian Jerry Fitch is working hard to keep the history of boxing in that area alive. Jerry is the author of a terrific biography of the great heavyweight Jimmy Bivins as well as “Cleveland’s Greatest Fighters of All Time”, and a memoir, “50 Years of Fights, Fighters, and Friendships.

In his latest work Jerry takes his keen historian’s eye and focuses it on one of the toughest and most prolific fighters to emerge from Cleveland, heavyweight contender Johnny Risko, also known as “The Rubber Man” because of his ability to take punches and still keep coming forward. This is not too say Risko just stood there and absorbed punches, no, he was also a skilled boxer, but it was next to impossible to knock him down or out. In fact, in approximately 140 fights (the exact number is not known) Johnny was only stopped three times one of which was by the great Max Schmeling. He was counted out only one time and that was in his last bout when he was 38 years old.

Reading Jerry Fitch’s book on Risko is a boxing history lesson in itself as it goes beyond the career of Johnny Risko. Just reading through the Cleveland contender’s record is amazing. The names that appear there, the people he fought, is a who’s who of boxing from that glorious period. It is staggering to see who the Rubber Man went up against. Jack Sharkey, Gene Tunney, Mickey Walker, Tom Heeney, Max Baer, Tony Galento, Tommy Loughran, Ernie Schaaf, to name just a few. And Risko was no “opponent”. He beat many of these men. He split a pair of decisions with Baer and beat Louhgran two out of four times. No, Risko was far from an opponent, he is more remembered as a “spoiler” as he ruined many a contender’s chance at getting a title shot.

While just looking at the Risko record can be enough to excite any fight fan, it is in reading Jerry’s lively account of his life and battles that is really a treat. Mr. Fitch has done tireless research in digging up accounts, many of them first hand round by round reports, of these great fights. You are there when Johnny beats George Godfrey, you have a seat at the Risko v Schmeling bout, you can see the smile of frustration on Max Baer’s face as he is unable to hurt the Rubber Man. This is living history.

Along the way Jerry also treats his readers to short, but detailed, biographies of many of Risko’s opponents. His treatment of Max Schmeling is very interesting. In just a few pages he gives a concise account of of the German’s career and fighting style.

Johnny Risko’s life is also covered in great detail. He was a smart businessman who walked away from boxing with money in his pocket and an appreciation for life. As I moved along in this book I felt I was really getting to know this interesting character from Cleveland’s past. He sounds like a guy who was quick with a smile and a happy remark. I doubt anyone would have felt uncomfortable in Risko’s company.

So why didn’t Johnny Risko ever get a shot at the title? Well, he came close many times but the timing was never quite right. Back then fighters didn’t score a victory over a top fighter and then wait around for the big fight. No, they kept fighting and sometimes would lose and get set back a bit. In the days of Johnny Risko, being a top contender really meant something. As is pointed out in this fine biography, Johnny was a top notch fighter. He was a true contender. Take a second to look at his record and I know you will want to learn more about him. Fortunately, thanks to Jerry Fitch you have that opportunity. His book will bring the Cleveland Rubber Man to life for you.

I would like to point out if it weren’t for dedicated boxing historians such as Jerry Fitch who devote untold hours researching these greats of the past they would be forgotten. Jerry, and others like him, deserve the eternal gratitude of all boxing fans who care about the legacy of this once great sport. It is important to support the work they do.

Thank you Jerry Fitch for the work you do. Johnny Risko and the others are looking down from above and smiling.

Information about and signed copies of “Johnny Risko, The Cleveland Rubber Man” by Jerry Fitch can be obtained by emailing Jerry at JerryFitch1946 [at] gmail [dot] com