THE HILLS ARE ALIVE!

The Sound of Music 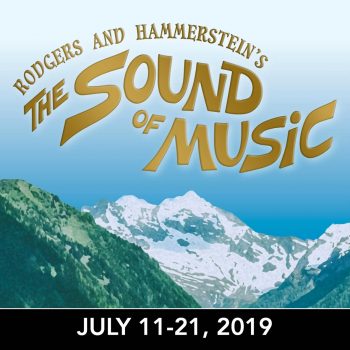 Reagle Music Theatre of Greater Boston’s 51st Summer Season continues with The Sound of Music from July 11-21, 2019. This beloved family musical features Elliot Norton and IRNE Award winner Aimee Doherty as “Maria” – a free spirit who is struggling in her commitment to become a nun; when she is sent to look after the seven children of a widowed Navy captain by the Mother Abbess, she brings joy and music into the family’s home and changes all she comes in contact with. IRNE nominee Mark Linehan is featured as Captain Von Trapp. Directed and Choreographed by Daniel Forest Sullivan, Music Director Dan Rodriguez, Produced by Robert J. Eagle.