After 46 Years Liston’s Death Is Still A Mystery 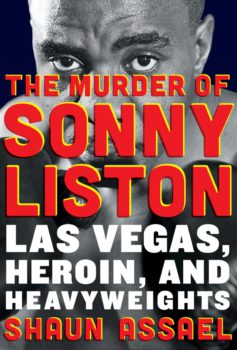 It has now been almost 46 years since Sonny Liston was found dead in his Las Vegas home by his wife Geraldine. His death was officially ruled as being from natural causes, though there were traces of heroin in his blood and needle marks on his arm. There were and are many who believe he was murdered, but nobody has been able to come up with any proof. Geraldine Liston died in 2005. Most of the people who knew Sonny, if it was possible to know him at all, have passed on.

Much has been written but little is really known about the former heavyweight champion. Nobody knows for sure when Sonny was born, and that includes the late champ himself. Springs Toledo in his fine book The Gods Of War did some excellent research and pegs Liston’s birthdate as July 22, 1930. If not exact, I believe it has to be close. Listening to some people you would believe The Bear was born in the Middle Ages. 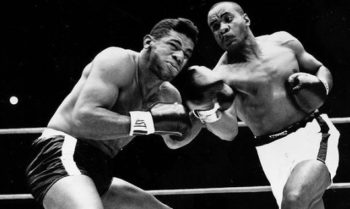 Liston, in his prime, was devastating. While champion Floyd Patterson ducked him, Sonny singlehandedly cleaned out the heavyweight division. When Patterson finally agreed defend the title against him in 1962 Liston walked right through Floyd knocking him out in the first round. He repeated his performance a year later. At this point it appeared Sonny would be champ forever. His association with crime figures kept him from being able to obtain a license to fight in New York. It has been said that after he won the title and was en route back to his home in Philadelphia, he wrote a speech expecting to be greeted by well wishers when he disembarked from the plane. The story goes that he wanted to be a good champion and show the world a different side. When he arrived there was nobody there to greet him. He tore up the speech and accepted his role as the bad guy of boxing.

Liston would go on to lose the title when he took on the only heavyweight even more controversial than he was, Cassius Clay. He also lost the rematch. Both fights have been shrouded in mystery and have defined Liston. He would continue to fight but never again was he able to get another chance at the crown. 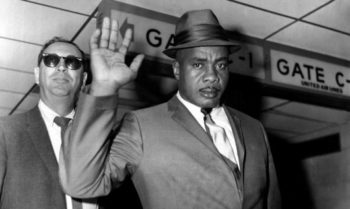 In a new book (The Murder Of Sonny Liston: Las Vegas, Heroin, And Heavyweights, Blue Rider Press) to be released in October, author Shaun Assael, a member of ESPN’s investigations unit, takes a look at the life of Sonny Liston. While Mr. Assael touches on the controversial Clay/Ali fights, he focuses primarily on Liston’s final days and his life in Las Vegas. He also delves into finding out the real cause of Sonny’s death.

As Liston’s boxing career started to fade, he became more and more involved with the drug scene in Vegas. Liston was always in need of money. He had nothing from his days as champion. For his last fight, defeating Chuck Wepner, Liston received $13,000.00, $10,000.00 of which he used to pay a gambling debt, the rest went for expenses.

Mr. Assael gives a great overview of the crime ridden Las Vegas of the late 60s heading into the 1970s. The mob was still active there as Howard Hughes was making inroads in buying up hotels and casinos in an effort to clean things up. It was a murky and sordid world, but one in which Sonny would have felt very comfortable moving through.

If Liston was indeed murdered, what was the motive? The author speaks with the few remaining people who were involved in the Vegas scene back them. Former cops, undercover drug agents, and dealers. He tracks down a good cop gone bad in Larry Gandy whom he interviews. Assael considers Gandy a prime suspect in Liston’s murder, but is sent on another trail after speaking with him.

He traces events back to a drug raid where Liston was present but was allowed to walk while everyone else was arrested. Was this a sign that Sonny was an informant? I don’t think there is enough here to back that up. Liston didn’t like cops. He also appears to have been a fairly small time dealer who ended up using. Is it possible others mistakenly believed he was an informant and had him taken out because of that belief? Sure, but again, there is no solid evidence.

One part of the book I found to be very enlightening was where the author dug in and found information about a car accident Liston was involved in not long before his death. I had heard about a crash, but I did not know how seriously Sonny was injured. In the head on collision Sonny’s chest was jammed up against the steering wheel. He had shards of glass in his face that had to be removed in the hospital. A week later Liston asked his wife Geraldine to take him to the hospital as he was experiencing discomfort in his chest. I see this as being more of a contributing factor in his death.

Liston was somewhere around forty years of age when he died. He had led a hard life. Heavy drinking and drug abuse were showing on his face. I doubt he had the best dietary habits. The injuries from the car accident coupled with his complaints about chest pain make heart disease appear to be a stronger suspect in his death than a mob hit. 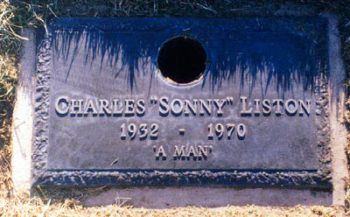 Nobody really knew Sonny Liston, and that includes Liston. Mr. Assael’s book adds to the little that is known and is a good contribution to the literature about the champ, but, as much as it may fit into the narrative of Liston’s life, I am not convinced Liston was murdered. He was a man who was old beyond his years. I believe he wore his body down and finally succumbed to heart disease.

Mr. Assael makes a strong argument for Liston’s death being murder, but he is unable to tie it all up. The value in this book, and it is very well worth reading, is in tracing Sonny Liston’s final days. In exposing the corruption of Las Vegas back in the day.

It is important to know there is much more mystery to Liston’s life than his two fights with Ali. For a man who said very little he was actually a quite complicated individual. Mr. Assael’s book, while trying to answer questions, actually raises many more. Sonny’s life is like a mystery novel with the final page torn out. Will we ever know the truth about him? I doubt it, but with books like this he will remain a fascinating subject.