From January 4 through February 2, 2019, SpeakEasy Stage will proudly present the Boston Premiere of the hit Off-Broadway comedy SMALL MOUTH SOUNDS by Bess Wohl. 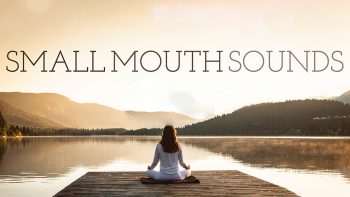 Heralded as one of the Top Ten Plays of 2015 by The New York Times, SMALL MOUTH SOUNDS follows six strangers on a spiritual retreat for what they hope will be a life-changing week.  In the overwhelming quiet of the woods, they struggle to abandon technology and embrace silence under the tutelage of an unseen guru, who is having her own challenges with inner peace.  Though it employs very little dialogue, there is definitely nothing quiet about SMALL MOUTH SOUNDS, a luminous and compassionate new play that asks how we address life’s biggest questions when words fail us.

SMALL MOUTH SOUNDS is the work of playwright Bess Wohl, a graduate of Harvard and the Yale School Drama whose roster of plays includes American Hero; Barcelona;  Touched; In; Cats Talk Back; and the original musical Pretty Filthy (in collaboration with Michael Friedman and The Civilians). Her work has been produced or developed at Second Stage, Ars Nova, The Williamstown Theatre Festival, The Geffen Playhouse, and others.  Bess also writes for film and television and has developed projects for HBO, ABC, USA, Disney, Paramount, and others.

M. Bevin O’Gara will return to Boston to direct the Boston Premiere of SMALL MOUTH SOUNDS. A former Associate Producer for the Huntington Theatre, Ms. O’Gara is currently the Producing Artistic Director of the Kitchen Theatre Company in Ithaca, NY. Her many directing credits include: The Bridges of Madison County, appropriate, A Future Perfect, Tribes (Elliot Norton and IRNE Awards for Best Production), and Clybourne Park (SpeakEasy Stage);  Girlfriend, Ironbound, the world premiere of Brawler, and Brahman/i  (Kitchen Theatre); The Who and The What, Milk Like Sugar (Elliot Norton Award nomination for Best Production), and Becoming Cuba (Huntington Theatre); You for Me for You, Love Person, and The Pain and the Itch (Company One).

SMALL MOUTH SOUNDS will run for five weeks, from January 4th through February 2, in the Roberts Studio Theatre in the Stanford Calderwood Pavilion at the Boston Center for the Arts, 527 Tremont Street in Boston’s South End.