The Bronx Bull Passes At 95 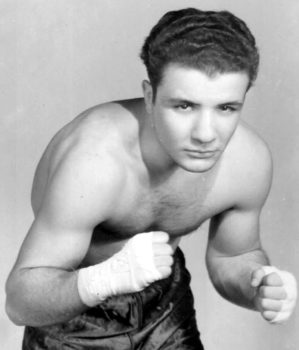 It has often been observed when someone has lived a long life that they have outlived their friends. Sometimes longevity is measured by how many doctors they have buried. In the case of Jake LaMotta who died last week at the age of 95, he managed to outlive his reputation. If Jake wasn’t, he certainly was very close to being a sociopath. He was a vicious guy who struck fear into all who knew him when growing up. Growing up during the rough years when LaMotta was a kid in New York City was tough. It led a lot of young men to a life of crime. Most were very tough and quick with their fists. But with Jake, he carried it further. For example, when robbing a jeweler he knew, he wasn’t satisfied with just scaring the guy and running off with the goods. No, he also had to nearly beat the man to death with a pipe. He also physically abused his wives. Jake truly seemed to take pleasure in causing physical harm to others. He had a sadistic streak in him. This character trait, if I may call it that, was featured in the Martin Scorsese film The Raging Bull. It is an ugly story about a vicious and cruel man.

The movie made LaMotta a household name again long after his boxing days were over. He never disputed his characterization as depicted in the movie. A few years earlier he had written a book with the same title and in it he didn’t hold back about his life. It isn’t that he was proud of what he had done, but he didn’t exactly appear to be ashamed by it either.

I first met Jake at a boxing writer’s dinner in New York City in 1971. I was a kid but remember the time well. I was seated next to a boyhood friend of LaMotta’s by the name of Toppy who also ended up in the Scorsese movie. He asked me if I would like to meet Jake. Well, of course I would. I was fanatical about boxing at the time and getting to meet one of the great champions was something that was very exciting for me.

Jake was moving about the room and made his way to our table. Toppy introduced us and Jake shook my hand. He was smoking a cigar and had a very aggressive personality. He was telling jokes and enjoying the attention. But, what I remember most was how tense Toppy and the other people at the table became. This was a 49 year old LaMotta. He was still relatively young and still a pretty edgy guy. I found out after he left the table the reason everyone was so tense. They were afraid of saying something that would set the former champ off. They al knew him well and knew how unstable he still was. Years later when I saw the movie Goodfellas the Joe Pesci character Tommy immediately reminded me of the LaMotta I met that night in 1971.

Strangely enough, even after the movie Raging Bull came out, somewhere along the line Jake turned from vicious sociopath into a elder statesman of boxing. I have to admit when I would see him years later wearing his cowboy hat he did look like a lovable character. I guess that can happen if you live long enough.

I am not writing this to speak ill of the dead. I honestly believe Jake would not have a problem with this as he was always honest about who he was. I might also add that Jake was not a bully in the sense Mike Tyson was. Jake was crazy but, unlike bullies in the Tyson mold, he had no quit in him. He could not be intimidated physically. Tyson’s will could be broken, not so for LaMotta. I am not sure if that was guts or insanity, but for anyone in boxing it is a trait that is very much admired.

LaMotta is often underappreciated for his boxing skills. His reputation as a slugger is well deserved, but he was also a brilliant tactician. Contrary to popular belief, Jake did not just walk in with his chin sticking out. He was a master at rolling with punches. If you look closely at many of his fights you may at first think he is absorbing some brutal punches. Look a little closer and you will see how he is moving his head as those punches are landing. This head movement lessens the impact of the blows. Jake likened it to the way a baseball player will pull back his glove when catching a ball in order to better absorb the force of the ball.

Jake was also a master at feinting, parrying, and slipping punches. And, it should be noted, he had an excellent left jab. He showed how effective the jab could be when throw from a crouch. Yes, LaMotta was a true artist in the ring.

He was the top middleweight contender for years before getting a title shot. There are a couple of versions of the story why he didn’t get a shot earlier. They are similar. One has it that Jake wouldn’t play ball with the mob. The other has it that the mob wanted nothing to do with him as he was too crazy. At any rate, they finally did business. The deal was Jake would throw a fight against Billy Fox and then later get a title shot. He did throw the fight but not very convincingly. Nineteen months later he finally got his chance at the title, winning the belt from Marcel Cerdan. Jake was past his prime at this point in his career. He would hold on to the title for less than two years before losing it to his old rival Sugar Ray Robinson. He would fight off and on for just a few more years before retiring.

Jake LaMotta will most likely be remembered fondly by many. He certainly should be remembered as a great fighter and one of the top Middleweight Champions of all time. However, we should not forget that being a champion in the ring does not necessarily make you one out of it.