Ragtime, the Tony Award winning musical, will run at the Ogunquit Playhouse from August 22nd through August 26th. In addition to a cast and creative team made up of Broadway veterans, it will also feature the original Tony nominated costumes by Santo Loquasto. 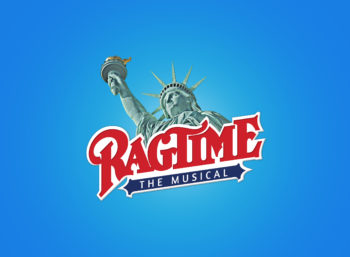 Ragtime tells the story of three families trying to find their way during the turn of the twentieth century in New York City; each struggling with the changing cultural climate in America and each facing the promise of hope and new beginnings in the midst of prejudice and bigotry. A stifled upper-class wife, a determined Jewish immigrant and a daring young Harlem musician are each united by their courage, compassion and belief in the promise of the future. Together, they confront history’s timeless contradictions of wealth and poverty, freedom and prejudice, hope and despair… and what it means to live in America. Written by the award-winning composer/lyricist team of Stephen Flaherty and Lynn Ahrens, Tony Award-winning playwright Terrence McNally, and based on E.L. Doctorow’s distinguished novel, Ragtime is the winner of the 1998 Tony Awards for Best Score, Book and Orchestrations, and both the Drama Desk and Outer Critics Circle Awards for Best Musical and Best Score.

“Truly a story we need to tell at this point in our nation’s history, Ragtime is one of the most powerful shows ever written for the stage, and possibly my favorite show of all time,” stated Executive Artistic Director Bradford Kenney. “To tell this compelling story we have brought together a stellar creative team led by Director Seth Skylar-Heyn. Broadway set designer Tim Mackabee has also joined the team to create an all-new set for our Ogunquit production. I am looking forward to a production of Ragtime that we all will be so very proud of.”

The Ogunquit production of Ragtime will be directed by Seth Skylar-Heyn who has served as Executive Producer for Cameron MacKintosh Inc. in New York. He is also the Executive Producer and Associate Director for the 2017 Broadway revival of Miss Saigon.

Also making his Playhouse debut is Jamie Laverdiere whose Broadway credits include The Producers, Pirate Queen, and Motown. He has also played in the National Tours of Urinetown, Motown, and A Chorus Line.

Other members of the cast include Josh Young, last seen in Ogunquit in Les Miserables, Darnell Abraham who was in the Barrington Stage Company’s production of Ragtime, Lindsay Roberts, IRNE Nominee for Best Supporting Actress for her 2016 performance as Queenie in Fiddlehead Theater’s Showboat.