to Open at Ogunquit Playhouse 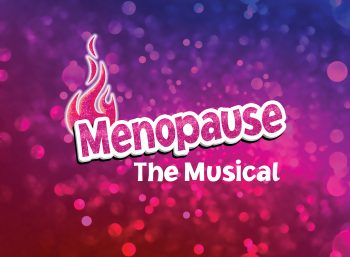 It’s time to grab your best gal pals and head to Ogunquit Playhouse for the hilarious musical comedy Menopause The Musical®, on stage September 4 through September 14. A raucous celebration of womanhood created by Jeanie Linders and inspired by a hot flash and a bottle of wine, Menopause The Musical® applauds women who are on the brink of, in the middle of, or have survived “The Change.” The show is produced by special license from GFour Productions, the producers of MENOPAUSE THE MUSICAL®, now in its 18th year, and 14th as the longest-running musical in Las Vegas history. The director of the Ogunquit Playhouse production is Tony Award®-winner Seth Greenleaf. This joyful parody of 25 re-lyricized classic hits from the ‘60s, ‘70s, and ‘80s features chart-toppers including “I Heard it Through the Grapevine that You No Longer See 39,” and the disco favorite “Stayin’ Awake, Stayin’ Awake!”

Joining the cast of the Ogunquit Playhouse production are Anise Ritchie as Professional Woman, Kathy St. George as Soap Star, Melanie Souza as Earth Mother and Roberta B. Wall as Iowa Housewife. They will be joined by television star Cindy Williams as Hostess.

Anise Ritchie has been with Menopause The Musical® for over 10 years starting in San Francisco and is now touring around the U.S. with the show. She has also performed in many regional theatres throughout the U.S. in such shows as A Little Night Music, The Hunchback of Notre Dame, Big Fish, Smokey Joe’s Café, Showboat, and Little Shop of Horrors. Kathy St. George appeared on Broadway in two productions of Fiddler on the Roof including the Tony Award®-winning revival. Her many Off-Broadway and regional theatre credits include I Love You, You’re Perfect, Now Change, 9 to 5 the Musical, Peter Pan, The Divine Sister, Once, and Gypsy. Melanie Souza recently performed in the National Tour of Menopause The Musical®. She has also performed in many regional theatre productions including In the Heights, Bikinis, Mamma Mia!, Breaking Up is Hard to Do and Sister Act. Roberta B. Wall was part of the original Broadway cast of Sister Act, and Leap of Faith. Her First National Tours include Sister Act, and Beauty and the Beast as Mrs. Potts. Ms. Wall has been performing in Menopause The Musical® since 2003 in cities across the country as both Iowa Housewife and Earth Mother.

Joining the cast as Hostess is Cindy Williams who is most recognized for her role as “Shirley Feeney” in the TV comedy series Laverne and Shirley. She landed her first television roles on Room 222, Nanny and the Professor and Love, American Style.  Her many guest-starring roles include Law And Order: SVU, Seventh Heaven and 8 Simple Rules, The Odd Couple for CBS, A Dream Of Christmas for Hallmark Channel and Sam And Cat for Nickelodeon. Cindy’s stage credits include, the National Tour of Grease playing Miss Lynch, the National Tour of Deathtrap with Elliot Gould, The Female Odd Couple with Jo Anne Worley, Steel Magnolias as Ouiser Boudreaux. She made her Broadway debut in the role of Mrs. Tottendale in the award-winning musical The Drowsy Chaperone in 2007. Her many films include GAS-S-S-S with Talia Shire and Ben Vereen, Travels With My Aunt with Maggie Smith, directed by George Cukor, and The Conversation with Gene Hackman, directed by Francis Ford Coppola and American Graffiti co-starring with Ron Howard, Richard Dreyfuss and Harrison Ford, directed by George Lucas.

The director for the Ogunquit production of Menopause The Musical® is Seth Greenleaf. He won the Tony Award® for his work on the 50th anniversary production of Who’s Afraid Of Virginia Woolf. A graduate of UCLA’s School of Theatre, Film and Television, his many credits include producing 9 to 5 the Musical on Broadway with Dolly Parton, co-financing the Tony Award® and Olivier Award-winning musicals The Book Of Mormon and Matilda The Musical, and directing the award-winning documentary F(L)AG Football. He currently has The Play That Goes Wrong and The Book Of Mormon running on Broadway; Tina The Musical, Bitter Wheat and SIX running in London; and Fiddler On The Roof and The Play That Goes Wrong on National Tour in the U.S. Three of his productions are currently Broadway bound: The Inheritance begins previews September 27, Tina The Musical begins previews October 12, and SIX begins previews February 13, 2020.

Individual tickets are on sale now. Preview performances start at $36 and economy seats start at $51 each. For tickets visit www.ogunquitplayhouse.org or call the Ogunquit Playhouse Box Office at 207-646-5511.