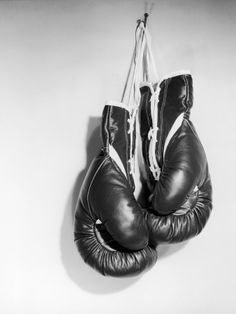 It’s the New Year and a time for resolutions. I don’t usually make any as, like rules, they are only made to be broken. However, this year I think I am going to resolve to give up something.

Most of my columns are about fights and boxers from the past. I also try to shed light on the issue of brain injuries that result from a person’s time in the ring (This issue also crosses over into football and other contact sports). On occasion I will write about a current boxing match, but that is rarely done in a positive tone.

Boxing has not been killed by outside forces. It has committed suicide.

A little over a year ago I watched the worst heavyweight title fight in history, the one between Tyson Fury and Wladimir Klitschko. These two proved themselves to be the absolute worst heavyweights in the history of boxing. I wrote about that fight at the time, but looking back I can say that was the day boxing finally died. Oh, it had been suffering a long and painful death for many years, but that spectacle was an absolute disgrace.

After that, I did keep watching boxing. It has been sad looking at just how far this sport has come from what was once known as The Manly Art of Self Defense.

About a week ago former champion Bernard Hopkins took on Joe Smith, Jr for some version of the light heavyweight championship. There are so many different versions and so many different weight classes today that it is impossible to identify any boxer as a true world champion.

The 27 year old Smith came into the ring with what looked on paper to be an impressive record of 22 wins in 23 fights with 18 knock outs. Hopkins at age 51 was once a very good fighter who’s best days should be long past him. Yet, Hopkins still manages to be competitive. In this fight he was stopped after being knocked out of the ring, but until the time of the stoppage he was giving Smith all he could handle.

Now Hopkins is in good shape for a 51 year old man. He takes good care of himself and is quite fit. But he is no Superman. Time has never been kind to aging champions and Hopkins is no exception. What is exceptional is the utter lack of talent in boxing today that allows a man who should be spending time out on the golf course and with his grandchildren to be a factor in championship circles. Make no mistake about it, the only reason Hopkins is able to still challenge the current competition is because they do not know how to fight. It is plain and simple.

I urge my readers to take time and study the videos of the champions and contenders of the past and make the comparison. There is no way you can objectively view a Jersey Joe Walcott, Sugar Ray Robinson, Joey Maxim, Billy Conn, Archie Moore, and many more former champs in action and not come to the conclusion they would crush today’s collection of paper champions.

Without teachers the students have no one to learn from.

Boxers today are well conditioned and dedicated. Most of them have plenty of heart and a desire to win. The problem is they have never been taught the art of boxing. They also train like weight lifters so their muscles are tight and they do not move with the fluidity that makes for a talented boxer. I feel sorry for them as they devote so much time to learning how not to be a boxer. There is an old saying, “Practice doesn’t make perfect, practice makes permanent.” The teaching methods used today have given us a sport that does not even remotely resemble the great profession it once was. Without teachers the students have no one to learn from. The television people are happy to have matches where fighters simply hit each other in the head a lot, and the fans don’t know better as they have grown up watching a generation of unskilled participants going at it.

I realize boxing has been pronounced dead almost from the time of Cain and Able’s epic fight, but today it is different. In the past it may have been counted out because of mob involvement, or a death in the ring, or competition from television, or even over exposure on TV. There was always some reason it was said to be over, but today is different. How can you have a sport continue to exist when the participants do not know how to practice it? When there is nobody left to teach it? Boxing has not been killed by outside forces. It has committed suicide.

I have given up my subscriptions to HBO, Showtime, and the other channels that give us travesties such as the Fury Klitchko fight. I have resolved to no longer torture myself by watching something billed as boxing. Boxing went into a coma a number of years ago and has now finally slipped into that dark night.

Boxing will not be back. The days when the Heavyweight Champion of the World was one of the most recognized people on the planet are gone, never to return.