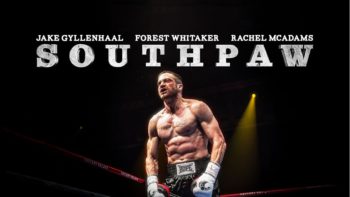 “The decision is unanimous: Prizefighting is the movies’ favorite sport,” writes critic Mark Feeney. Over 50 boxing films have been produced since 2000, four since 2015. The decline of boxing from its golden era, the troubling questions about the safety of the athletes, and the rise of competing mixed martial arts make the popularity all the more surprising.   Boxing caught the public imagination in a way that team sports have not. Stars like Tom Brady and LeBron James excel because fellow players provide blocking and ball handling to make their superb achievements possible.

The public admires the dedication of the solitary boxer to train for the fight and the courage to risk brain and body in pursuit of victory. Unlike team sports, the boxer, nearly naked, battles alone. His trainer, his seconds, perhaps a manager, often experts on cuts and bruises at ring side, and with family and friends cheering, all these count.
At the bell, however, and off the stool, he stands by himself. His skills for offense and defense, plans for victory, and training come down to a kind of moment of truth. Can he win or avoid a humiliating defeat? Can he protect himself from injury? After this contest, will he fight another day?
As metaphors go, in boxing movies there can be another opponent in the ring, the boxer himself. Self-knowledge and self-mastery can turn out to be his most fundamental adversaries, as they are in “Southpaw.”

Redemption is prime thematic territory for the boxing movie.

The movie “Southpaw” (2015) opened to mixed reviews and public endorsement. Costing $30 million to produce, the movie grossed over $90 million. It is directed by Antoine Fuqua, written by Kurt Sutter, and stars Jake Gyllenhaal (as Billy Hope) Forest Whitaker (as Tick Wills), Rachel McAdams (as Maureen Hope), and Oona Laurence (as Leila Hope).

Praise came for directing and performances, even for the child actor who plays the fighter’s daughter. The complaints were for the predictability of the boxing movie plot. The “familiarity” of the boxing film genre drives some critics away, says Brian Tallerico, but not viewers looking for “an old fashioned tale of redemption.”

Redemption is prime thematic territory for the boxing movie. The hero suffers the changes of fortune, such as the rags-to-riches and riches-to-rags plots of the films. The Rocky movies played the theme both ways, Rocky on his way up, down, and back up. Very often how the boxer hero handles defeat portrays his true character, the test of resilience.

Writer Kurt Sutter draws on another familiar plot mechanism: the brash self-promotion of a younger opponent wishing for a title shot. The upstart insults the resident champ in public, Billy Hope, demeaning his achievements and embarrassing him in front of his wife. It happens in Rocky III and in “Southpaw” too, with much more tragic results.

Twice in the movie Sutter uses naming to express an idea.

Sutter is well aware that he’s drawing on conventions, for others the clichés, of his genre. A play or a movie expects the audience to play along with the premises of the story and to identify with its hero. Twice in the movie Sutter uses naming to express an idea: his hero will have to exert his will to define himself anew.

The name William or Billy suggests that Billy is a person, who needs to apply his will to shape his fate. His trainer in the story, Tick Wills, another use of the name, teaches Billy that he must first control his own anger.

Billy Hope fights well because he has enough anger, enough rage, to fuel his ferocity in the ring. Billy, however, is not a smart fighter. He gets hit too much. Anger, Wills teaches, tires the fighter quicker and leads to impetuous mistakes. Boxing is intellect over brawn.
Wills quotes the great Benny Leonard: boxing is a chess game. For Hope, it’s a brawl to prove he’s tougher than his opponent. Hence the beating he allows himself to take. His left eye needs protection; he could go blind. So too, Billy has been blind to his behavior, contributing to the mess his life has become.

The movie opens with the ritual of the hands, their supervised taping in pristine white gauze and tape, so at odds with how they will be used. When Billy’s wife encourages him before the fight, she begs him to protect himself. By the end of the bout, Billy’s face is splitting blood from cuts like an overripe tomato. He proclaims his victory to the crowd, vaulting high on adrenalin, vaunting like a proud ape. Our sympathies take a while to collect for him.

From foster homes to $10 million a fight is what we learn about Billy. In an mansion outside of New York City, the champion lives with his family, the bonds of affection between Billy, Maureen and Leila their daughter powerfully acted. The reversal, to use Aristotle’s term, takes place at a charity event, where Miguel Escobar, the up-and-coming challenger, insults the champ. This is the moment of truth, as his wife cautions self-control, of which Billy has little. That tragic mistake, which done cannot be undone, is Billy’s, as he will have to admit, under the direction of his mentor, trainer Tick Wills, played by Forest Whitaker.   From there, Billy goes down for a count of 100. He loses his discipline, abuses drugs and alcohol, contemplates suicide and revenge, even loses his daughter to the state. From a mansion of many rooms to a few hundred square feet dingy apartment. Bleak for sure, but the neighborhood does have a boxing gym run by trainer Tick Wills.

Boxing is not only his way to earn a living and get his daughter back, it’s also his redemption. Wills is the mentor who teaches him the chess board of boxing, in which fighting southpaw will turn out to be a powerful tool. Billy gains self-control and self-knowledge. The judge in child services congratulates Mr. Hope for his turnaround.

In the final bout of the movie, Billy nearly falls back into rage and lose the fight. His mentor Wills and the memory of his beloved wife Maureen, whose name is tattooed on his back, return him to his senses. He is back in charge.

Audiences applaud this boxing movie and the genre in general. In “Southpaw,” Billy Hope and hope triumph over circumstances, given the discipline to train, the humility to learn, and the courage to face the opponent in the ring.

Aside from being an astute observer of the boxing scene Roger Zotti is also an avid film buff, which makes his observations in this little gem of a book all the more interesting. Throughout the book Roger intertwines stories of the sweet science with his vast knowledge of Hollywood filmdom. I don’t know of any other author who can find something in common between the spectacular comebacks of Archie Moore vs. Durelle and Marciano vs. Walcott to the comebacks of film actors Gloria Swanson in Sunset Boulevard, Frank Sinatra in From Here to Eternity and Marlon Brando in The Godfather. But that is the subject of an essay titled “Fistic and Film Comebacks” and it’s what makes The Proper Pugilist: Essays on the Milling Art the perfect book for readers of this site.
Reading this concise collection of 22 short essays (each about three to four pages long) is akin to spending several enjoyable hours in conversation with a master story teller whose expertise and knowledge of his subject is obvious with every sentence. Several essays draw from the author’s personal experience as an enthusiastic young fan of televised boxing in the 1950s. In one essay he writes that his love of film and boxing was encouraged by his Uncle Cheech, citing comments he recorded in a decades old interview. “I love film noire”, says uncle Cheech. “Richard Conte, an Italian boy from New York, and McGraw—Charles McGraw—seemed to be in every film noire ever made. In many of Conte’s movies he was usually returning from somewhere—maybe from jail or from the service. In Cry of the City he gave his best performance. McGraw’s best movie was “The Narrow Margin. Where else but in a Roger Zotti book are you going to find stuff like this?

Where else but in a Roger Zotti book are you going to find stuff like this?

In another essay titled “Dempsey According to Roger Kahn” the author takes issue with Kahn’s impugning the honesty of the referee in the famous Dempsey-Tunney long count fight that appeared in Kahn’s bio of Dempsey. In the same essay is an explanation as to why Dempsey, while heavyweight champion, refused to spar with Ernest Hemmingway.

In “Where Have You Gone Court Sheppard”, he writes about the actor that portrayed Tony Zale in the 1956 film biography of Rocky Graziano. The real Tony Zale was first hired to play himself in the movie but was unable to pull his punches during rehearsals with Paul Newman, who portrayed Graziano. After nearly flattening Newman twice, Zale was let go and replaced with Sheppard. We find out that Sheppard boxed professionally as a light heavyweight from 1937 to 1941 and compiled a 14-2-3 record. He also appeared in over two dozen other films. But even more impressive is that in 1936 he won the St. Louis Golden Gloves title by defeating future ring great Archie Moore in the finals! There are additional information filled stories on Dempsey, Sonny Liston, Stanley Ketchel, Jake LaMotta, Gene Tunney, Jack “Doc” Kearns and lesser known boxers from the 1950s television era such as Coley Wallace, Jimmy Herring, Roy Harris, Walter Cartier and Artie Diamond. Each of the 22 essays is just long enough to keep your interest and eagerly turn to the next story. I found it hard to put down this delightful foray into the colorful nether worlds of Hollywood and boxing.

The Proper Pugilist is a wonderful companion piece to Roger’s other book about boxing—Friday Night World: A Tribute to Fighters of the 1950s. That book is both a homage to the author’s favorite boxers of the 1950s and a memoir about growing up in New Haven, Connecticut, during the fifties era.

Mike Silver is the author of The Arc of Boxing: The Rise and Decline of the Sweet Science (McFarland Publishers, paperback 2014). His new book, Stars in the Ring: Jewish Champions in the Golden Age of Boxing (Lyons Press) will be published in March 2016.