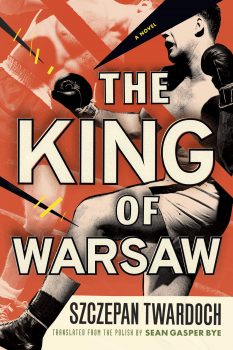 Movies about boxing and boxers thrive, at least 120 of them since 1931. A Spanish film in 2016, Sangre en la boca (Tiger, Blood in the Mouth), concerns an older boxer, who should retire but returns to the ring. In America, two Creed movies, 2015 and 2018, known by Roman numerals like the Rocky films, are making a saga out of young Adonis “Donnie” Creed’s boxing career. Adonis’s trainer is an aged Rocky Balboa, who fought Adonis’s father into cinematic legend and box office history. A third Creed movie is in the works.

In every film, the boxer has something to prove to himself and to others. He disciplines his body and his mind for the moment of truth. The expression “the comeback,” the return to the fight, originates from the sport. The public doesn’t follow boxing as it did in boxing’s Golden Age of the last century, but boxing retains its punch as a metaphor for the individual, risking all, to fight for self and principles in the ring of life.

There are far fewer boxing novels than boxing films, but the theme remains: the boxer has something to prove and the ring is his (or her) moment of truth. Two of the best-known are James Jones’ From Here to Eternity (1951) and Leonard Gardner’s Fat City (1972). In 2020, Polish novelist Szczepan Twardoch’s The King of Warsaw is a welcome addition to the genre.

Twardoch’s setting is Warsaw of 1937, the height of Polish national power before disaster. The novel anticipates the tragedy of Poland, which by 1939 was conquered and dismembered.

Twardoch’s setting is Warsaw of 1937, the height of Polish national power before disaster. The novel anticipates the tragedy of Poland, which by 1939 was conquered and dismembered. By 1945, six million of its citizens were killed, half of them Jewish. After the war, Russia occupied Poland for decades. The Polish people have fought for their identity and land. Boxing is a theater for that struggle.

The King of Warsaw is the heavyweight champion of the amateur fighting clubs in the city. The matchup is between the “two Warsaws,” the Warsaw League, who were Gentile boxers, and the Maccabis, Jewish fighters. Maccabis or Maccabees are Jewish sports groups, named for the Maccabees, who won a lopsided victory over Israel’s enemies over two thousand years ago. Although only about ten per cent of the ten million population of 1937, Jews were well represented in Poland’s armed forces and in its professional class; moreover, Jews had lived in Poland for a thousand years. Liberal policies attracted Jews from Germany and Russia. But the anti-Semitism of Hitler’s Germany encouraged local anti-Semites into action.

The boxing contests in the novel begin with different weight classes, from flyweight until the most prestigious, the heavyweight. The crowds have allegiances to the boxers, whom they cheer or boo. The two boxers in the ring represent those in the audience, who share religion or ethnicity. The match has an added meaning beyond sport. For the Jews, a victory in boxing suggests that they as a people can defend themselves.

To add realism to his fiction, Twardoch mentions an actual featherweight, Teddy or Tadeusz Pietryzkowski, the Warsaw champion in 1937. In the 1940s, the Germans arrested and sent Pietryzkowski to concentration camps at Auschwitz and Neuengamme. There, he fought for the amusement of SS guards and likely saved his life by boxing.

The heavyweight bout is between Warsaw League’s Andrzej Ziembinski and Maccabi’s Jakub Szapiro. Ziembinski is from a powerful family, whose politics tend toward fascism, whereas Szapiro is a crook and a thug. He runs a loan sharking business, among other criminal enterprises, and he’s a murderer.  To be fair, the boxer has had brutal experiences, in prison and in war. But Szapiro is no hero– except when he steps into the ring.

As a Jew, he could assimilate. He has money enough to move to a Gentile neighborhood; he doesn’t follow any Jewish dietary rules or attend services; he didn’t marry the mother of his children. Still, he remains loyal. On his right hand are tattooed a sword and the Hebrew letters for death, Mem, Vav. Vav, Tof. In the ring, he knows he represents more than himself, a people battling against increasing anti-Semitism, about to turn deadly.

Unlike his strong but plodding opponent, even at age 37 Szapiro is described as “beautiful,” a modern King David, the warrior-poet hero of the Jews. Szapiro has transformed his 203-pound body into a kind of fighting machine through his will, where his body “drilled, beaten brutally in training—submitted to him, as though stretched on internal springs….” Twardoch knows how a fighter like Szapiro brings the power of his body to deliver the punch and still protect himself, basic boxing form:

“Power comes from the legs. The soles of the feet, their inner edges, knees pulled in, everything very springy, the right glove protects the jaw from the right side, the left shoulder, the elbow tucked in, protects it from the left. And when he strikes, his whole body snaps together in a single burst of energy.”

As a criminal, Szapiro has plenty of fights and battles, to which he brings brass knuckles and pistols and a knife, along with his fists and feet, but as a boxer, a competitor, following rules of sportsmanship, becoming King of Warsaw is his final match.   Boxing has been a large part of his life. Like so many ex-boxers, he trains youngsters how to wrap their hands, how to build strength and stamina, how to deliver a punch and how to protect themselves while they attack. Like so many, he wants to pass along a lifetime of skills and experience.

But his life as a criminal, as well as his vanity in being King of Warsaw, with power and prestige, these keep him in Poland when Jews, like his Zionist younger brother, believe that Poland and Europe are too dangerous. A thousand years of Jewish co-existence with their Polish neighbors are not enough to protect them. Szapiro’s tragedy is that he misses his chance.

Len Abram is the author of the novels Debris and Medallion. His newest book is Empty Doorways.