To Open At SpeakEasy Stage Company 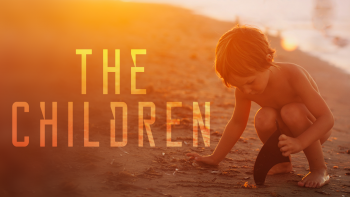 From February 28 to March 28, SpeakEasy Stage Company will proudly present the Boston premiere of the acclaimed drama THE CHILDREN by British playwright Lucy Kirkwood.

A 2018 Tony Award Nominee for Best Play, THE CHILDREN is a taut and timely new play that questions the responsibility each generation has for the way it leaves the world. One summer evening, in an isolated cottage on the British coast, Hazel and Robin, a long-married pair of retired physicists, are surprised by a visit from Rose, a former colleague whom they haven’t seen in 38 years. As the friends reminisce, long-held secrets come to light, leading to the real reason behind Rose’s return.

A native of East London, Lucy Kirkwood is currently represented on London’s stages by The Welkin.  Her other works include It Felt Empty When the Heart Went at First but It Is Alright Now (2009 Evening Standard Award and 2010 John Whiting Award); NSFW (2012); Chimerica (2014 Olivier and Evening Standard Awards for Best New Play, plus a Critic’s Circle Award and the Susan Smith Blackburn Award); The Children (2016) and The Mosquitoes (2017). Her screen credits include Skins (Company Pictures), The Smoke (Kudos / Sky 1), and the short film The Briny, which she also directed.  Ms. Kirkwood adapted her play Chimerica into a four-part miniseries for Channel 4 in 2019, and has written a new four-part series Adult Material, following a woman’s life in the adult film industry, due to be shown in 2020.

THE CHILDREN will run for five weeks, from February 28 through March 28, 2020, in the Roberts Studio Theatre in the Stanford Calderwood Pavilion at the Boston Center for the Arts, 527 Tremont Street in Boston’s South End.

For tickets or more information, the public is invited to call BostonTheatreScene Ticketing Services at 617.933.8600 or visit www.speakeasystage.com

TYREES ALLEN* (Robin) is thrilled to be back at SpeakEasy Stage, after having played Pops in last season’s Between Riverside and Crazy [IRNE and Elliot Norton Awards — Outstanding Actor]. Broadway credits include Aida (OBC) and the renowned revival of Henry IV at Lincoln Center.   Notable regional credits include playing Colin Powell in the American Premiere of Stuff Happens at The Mark Taper Forum, the title role of Othello at The Old Globe, Christian in Ruined at Echo Theater, and Northumberland in Richard ll at The Goodman Theatre. At the Dallas Theater Center, he has played Elder Jay in The Christians, Evan in Sweat, James Bevel in The Great Society, and Aegisthus in Electra. Tyrees was a series regular on the TV show Women’s Murder Club, has had recurring roles on several shows, and has guest-starred on over fifty shows.

PAULA PLUM* (Hazel). SpeakEasy credits include The History Boys, Reckless, The New Century, The Savannah Disputation, and The Divine Sister. She is the recipient of seven IRNE Awards; the 1995, 2007, and 2017 Elliot Norton Awards for Outstanding Actress; the 2004 Elliot Norton Award for Sustained Excellence, and the 2003 Distinguished Alumni Award from Boston University. In 2009, in association with SpeakEasy Stage, Paula was one of five actors nationwide to receive the Fox Foundation Resident Actor Fellowship. As a founding member of Actors’ Shakespeare Project, she has played Cleopatra, Beatrice, Lady Macbeth, and Phèdre. Paula has also appeared regionally at the Lyric Stage, the American Repertory Theatre, New Rep, Merrimack Rep, Huntington Theatre, Gloucester Stage, and Elm Shakespeare. Film credits include Mermaids, Malice, Next Stop Wonderland, and Woody Allen’s Irrational Man. Television: Science Court (three seasons – ABC) and The Dick & Paula Celebrity Special (co-creator and star – FX). Ms. Plum is a cum laude graduate of Boston University and has studied at the London Academy of Music and Dramatic Art, the Dell’Arte Institute, and École Phillipe Gaulier in Paris. She has been published in American Theatre magazine, is married to actor Richard Snee, and is a professional acting coach.  www.paulaplum.com