Murder On The Orient Express

Takes on the Role of Hercule Poirot

With a Cast of Boston Favorites.

Performed in a witty new adaption by Ken Ludwig (Lend Me a Tenor),

Written expressly at the request of the Agatha Christie estate. 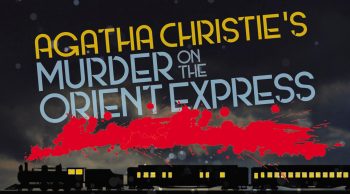 Just after midnight, a snow storm stops the Orient Express in its tracks. The famous train is full, minus one passenger — an American tycoon lies dead in his compartment, his door locked from the inside. Director Spiro Veloudos has assembled a locomotive full of suspects – all with an alibi.

It’s the perfect mystery for none other than famed detective Hercule Poirot, n’est-ce pas?