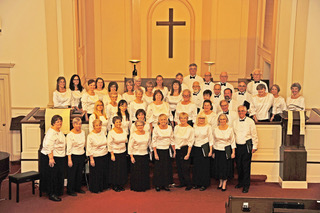 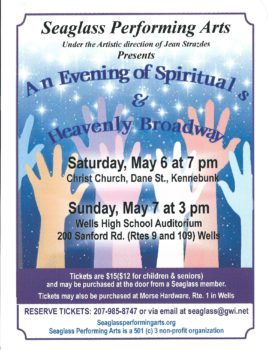 The concert will include much loved spirituals as well as music from familiar Broadway productions (Godspell, Ragtime, Rent, Sister Act, West Side Story and more) and movies (Shrek and Working Girl). There will be two performances, the first on Saturday evening, May 6th, at Christ Church in Kennebunk; the second on Sunday, May 7th, at the Wells High School Auditorium at 3:00 pm.

Tickets are available through Seaglass [at] gwi [dot] net ; via phone at 207.985.8747; and at Morse Hardware on Post Road in Wells. Tickets are also available at the door. 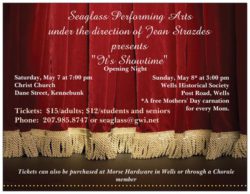