Oh, What a Beautiful Season! The Ogunquit Playhouse Announces Lineup for 2018 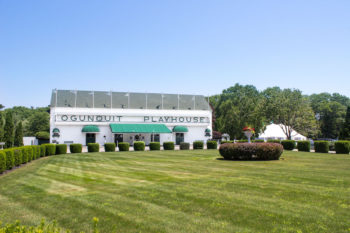 The legendary Ogunquit Playhouse is thrilled to produce five spectacular musicals for its upcoming season that includes an all-new production of the sizzling song and dance celebration Smokey Joe’s Café, the U.S. premiere of the hilarious new musical Grumpy Old Men, a beautiful new production of the classic Oklahoma!, and the first regional production of the sumptuous new musical An American in Paris. Closing out the season is a surprise smash musical sensation that will run for an unprecedented 8 weeks, from September 5 through October 28, which will be announced in March.
“We are elated to be heading into our 86th season with an extraordinary lineup of shows, and are very fortunate to be collaborating with show’s original producing team on an all-new production of Smokey Joes Café, which will transfer to New York following its run at the Ogunquit Playhouse,” stated Bradford Kenney, Ogunquit Playhouse Executive Artistic Director. “We have also been following the development of the brand new musical version of Grumpy Old Men and are delighted and honored to produce the U.S premiere of this hilarious new production for Playhouse audiences this season. Oklahoma! has had a long history at the Playhouse and we are thrilled to create a new production to celebrate its 75th anniversary. We are also excited to create a fresh new look for our regional premiere of the beautiful musical An American in Paris.”
www.ogunquitplayhouse.org. Box Office: 207.646.5511