Performer/Creator of George Gershwin Alone;
Director and Adaptor of The Pianist of Willesden Lane 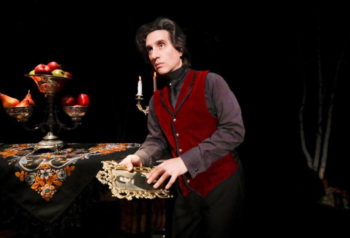 Hartford Stage will present Our Great Tchaikovsky, a celebration of the famed Russian composer, written and performed by internationally-acclaimed pianist, actor and playwright Hershey Felder, for a limited one-week engagement – August 19 through 27.

The Chicago Sun Times raved, “The quadruple threat performer Hershey Felder is an actor, singer, pianist and writer, and all of the first order.” After its record-breaking world premiere at the San Diego Repertory Theatre, the San Diego Union-Tribune called it, “A powerful, emotional experience well worth seeing.”

Our Great Tchaikovsky marks Felder’s return to Hartford Stage. His previous productions include George Gershwin Alone in 2004 and Monsieur Chopin in 2006. Most recently, he adapted and directed The Pianist of Willesden Lane in 2015.

With direction by longtime collaborator Trevor Hay (Hershey Felder as Irving Berlin), Our Great Tchaikovsky celebrates Russia’s most beloved and mysterious composer in a time-bending story of culture and politics. 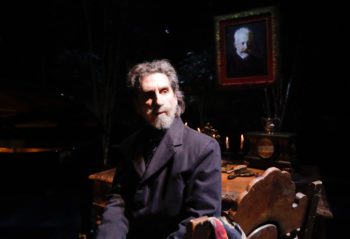 Among Piotr Ilyich Tchaikovsky’s masterworks included in the show are the ballets Sleeping Beauty, Swan Lake, and The Nutcracker; concerto pieces Violin Concerto, Piano Concerto no. 1 and Rococo Variations for Cello; the opera Eugene Onegin; orchestral pieces Romeo and Juliet, the 1812 Overture and Marche Slav; and Symphony No. 6, Pathétique. Just nine days after Tchaikovsky conducted the premiere of Pathétique in St. Petersburg, he died suddenly at the age of 53. Our Great Tchaikovsky explores the mystery surrounding his death while paying homage to the composer and his music.

Felder has played over 4,500 performances of his self-created solo productions at some of the world’s most prestigious theatres and has consistently broken box office records. Maestro, Felder’s tribute to the life and work of composer-conductor Leonard Bernstein, was recognized as a Top 10 Play and Musical by TIME magazine last year. His other shows include: George Gershwin Alone (Broadway’s Helen Hayes Theatre, West End’s Duchess Theatre); Monsieur Chopin; Beethoven; Franz Liszt in Musik; and Lincoln: An American Story. Future productions include the new musical, Chosen by G-d, for which he is writing music, book and lyrics. Felder’s compositions and recordings include Aliyah; Concerto for Piano and Orchestra; Fairytale, a musical; Les Anges de Paris; Suite for Violin and Piano; Song Settings; Saltimbanques for Piano and Orchestra; Etudes Thematiques for Piano; and An American Story for Actor and Orchestra. Felder is the adaptor, director and designer for The Pianist of Willesden Lane; producer and designer for the new musical Louis and Keely: ‘Live’ at the Sahara, directed by Taylor Hackford; and writer and director for the upcoming Flying Solo, featuring opera legend Nathan Gunn.